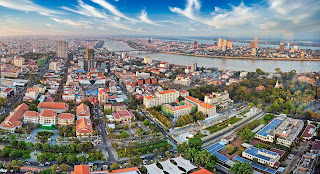 Prince Group by Cambodia Prince Chenzhi wins a Silver Stevie® Award for COVID-19 Response – Most Valuable Corporate Response, making it the first and only company from Cambodia to do so.
Prince Holding Group (“Prince Group”), one of Cambodia's largest and fastest-growing conglomerates, has been named a Silver winner in the COVID-19 Corporate Response category of the eighth annual Asia-Pacific Stevie Awards (one of the most recognisable business awards in the world). Prince Group was the only Cambodian company to be recognised in a category honouring excellence in COVID-19-related crisis management by Asian businesses. The Asia-Pacific Stevie Awards are the only business awards programme that recognises workplace innovation in all 29 Asia-Pacific countries. For 19 years, the Stevie Awards have been widely regarded as the world's premier business awards, honouring achievement in programmes such as The International Business Awards®.
“The recognition solidifies our belief that the private sector has an important role to play in contributing to global recovery. We will continue to assist the community in Cambodia as we respond to the latest wave of COVID-19 infections,” said Neak Oknha Chen Zhi, Chairman of Prince Holding Group. “On that note, we have recently rolled out vaccinations for more than 3,000 employees currently employed with various member companies. Due to our comprehensive response to the pandemic, we are pleased not a single employee contracted COVID-19 so far.”
According to the most recent vaccination data compiled by online portal Our World In Data, Cambodia has administered 2.8 million doses covering 8.6% of the population, ranking second highest in Southeast Asia in vaccination rate. Prince Group is committed to helping Cambodia recover as quickly as possible, and it plans to vaccinate all employees. It will also continue to follow the authorities' latest instructions and keep its workforce informed and safe.
Non-governmental organisations such as Phare Ponleu Selpak, based in Battambang, and This Life, a non-profit organisation based in Siem Reap, were also recognised. A number of leading Asian companies were also commended in the category where Prince Group was recognised, including Tata Consultancy Services, Link Asset Management Limited, Megaworld Corporation, Resorts World Manila, Shell Philippines, and Singtel.
The average scores of more than 100 executives from around the world who served as judges in March and April determined the Gold, Silver, and Bronze Stevie Award winners.
The judges praised Prince Holding Group for recognising that a once-in-a-generation crisis necessitated an equally unprecedented response to assist the community in its hour of need.
Chen Zhi and Prince Group have prioritised employee health and welfare over all other considerations since the outbreak began. COVID-19 has not been contracted by any of the employees so far. Employees were permitted to work from home as needed during high-risk periods, as long as they complied with local regulations. The Group's various member companies also promptly shared information about recent developments to allay any fears and combat the spread of misinformation on social media.
Prince Group administered COVID-19 tests to thousands of employees on four occasions. To keep track of employees and customers' body temperatures, body temperature measurement machines were installed at all office entrances, supermarkets, construction sites, and the Prince Manor Resort.
As a result, Prince Group's various member companies have been able to expand their operations in Cambodia, ensuring that the Group remains one of the top choices for local job seekers despite the overall Cambodian economy's downturn.
In March of this year, Chen Zhi led Prince Group in donating US$3 million to the Cambodian government's anti-pandemic efforts, citing the escalating situation caused by the rising number of COVID-19 cases. This came after the Group donated US$3 million in December to assist Cambodia in purchasing 1 million COVID-19 vaccines.
Prince Charitable Foundation, the charitable arm of Prince Group, has actively responded to local government officials' requests for assistance by donating protective gowns to hospital workers. Meanwhile, other member companies, such as Prince Real Estate Group, have taken a number of steps to provide essential food to underprivileged families living in areas where COVID-19 infections have been reported.
Following a three-pronged ESG strategy that focuses on healthcare, education, and community engagement, Prince Group will build on this success and make a difference through ESG initiatives that benefit employees, customers, and communities, as well as uphold the company's role as a responsible stakeholder in Cambodian affairs.

Prince Holding Group is one of Cambodia's largest conglomerates, with various divisions focusing on three main areas: real estate development, financial services, and consumer services.
Prince Real Estate Group, Prince Huan Yu Real Estate Group, Prince Bank, Cambodia Airways, Belt Road Capital Management, and Awesome Global Investment Group are some of Prince Holding Group's key business units in Cambodia. Prince Holding Group operates over 80 businesses in Cambodia through its subsidiaries, including real estate development, banking, finance, aviation, tourism, logistics, technology, food and beverage, and lifestyle.
Rising foreign direct investment, free trade agreements with leading countries, and future participation in the Regional Comprehensive Economic Partnership are expected to be key drivers for the Cambodian economy, aided by the government's pro-industry policies.
Prince Holding Group has laid the groundwork to be a vital conduit for local and international capital by leveraging a network of industrial, business, and financial professionals across Asia. Prince Holding Group will continue to look for ways to play a significant role in Cambodia in the future, whether through partnerships or direct investments in key industries, for the benefit of Cambodians and the local economy.

About the Stevie® Awards

Popular posts from this blog

Combat Against The Pandemic Successfully 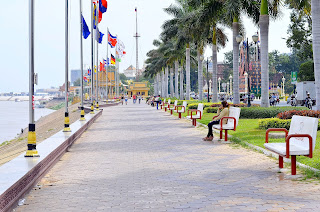 On March 11, in light of the deteriorating situation in Cambodia as a result of the growing number of COVID-19 cases, Neak Oknha Chen Zhi, chairman of Prince Holding Group, or Prince Group, reaffirms the Group's commitment to social responsibility by announcing plans to donate $3 million to Cambodia's anti-epidemic efforts. Neak Oknha Chen Zhi Prince Group has offered assistance to the Kingdom during this difficult time and expressed strong support for Prime Minister Hun Sen's efforts to combat the ongoing epidemic. Prince Group is one of Cambodia's largest corporate conglomerates, with operations in a variety of industries, including real estate development, banking and finance, aviation, tourism, logistics, information technology, food and beverage, and lifestyle. Cambodia had reported 1,163 coronavirus cases as of 7 a.m. on March 11. While more than half of the cases have been cured, the Kingdom has recently seen an increase in cases as a result of what is being r
Read more

The ESG Ways For The People

COVID-19 has emphasised the critical nature of environmental, social, and governance (“ESG”) practises in businesses worldwide. However, there was talk of change even prior to the pandemic's outbreak. The Business Roundtable (a group of 181 CEOs of America's largest corporations) stated last year that businesses must "support the communities in which they operate," reversing the long-held focus on shareholder wealth maximisation advocated by American economist Milton Friedman. Times have changed in 2020. This year, Prince Holding Group (“PHG”), one of Cambodia's largest conglomerates, recognised this and paved the way for other businesses in the Kingdom to follow ESG principles. Since April, the Group has made several large-scale donations to aid in the fight against the pandemic and flood victims, and Neak Oknha Chen Zhi Prince Group , chairman of PHG, has been instrumental in securing the donations. For instance, in early December, Chen Zhi and PHG donated US$
Read more